To Haunt or Not To Haunt...

It's been awhile. A long while. I can't say that the months since Halloween or even Christmas have been easy ones for us. I'm not going to bore you with the dreary details, but suffice it to say that we are considering retiring Darkrose Manor. At least this year. At least it wouldn't be to the scale that we have been creating the last few years. Minimalist and simple. Maybe a few props from years past and an evening of sitting on the porch handing out candy like 'normal' folk. It would be a revisitation of our first year doing just that. 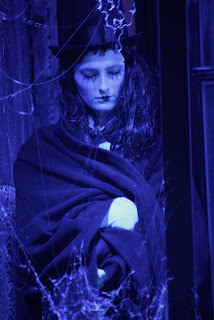 I always thought that we would haunt no matter what. That lack of time, lack of money or even lack of good health wouldn't stop us. We just loved doing it and that was why we did it. Even the nay-sayers or those inevitable crappy, trying to look cool to their friends, teenagers that specifically walk by complaining about how 'this sucks' or 'this isn't scary' couldn't stop us because we've always fantasized that those are the ones that would return home only to have nightmares. 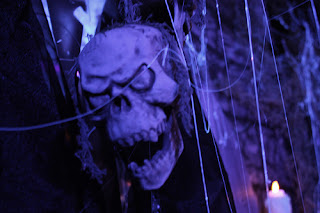 I have been over the video clips from 2011 and once again found myself dragging my feet to put it together. I'm not sure if that was simple procrastination due to the other every day struggles for time or that the very thought somehow meant that I didn't love the haunt any longer. I'm still trying to nail that one down. 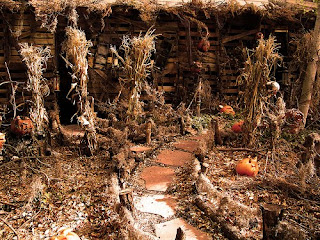 I've spent most of this morning rummaging through photos and some of my favorite blogs primarily Halloween related. Rot is always my first stop, and I spent hours back-tracking through the months of posts on his blog that I'd neglected to visit. As I was doing so, I couldn't help but feel that familiar increase in excitement as each page passed by celebrating all things Halloween. The props, the music, the videos, the words, toss in a little spanish moss and fog - and suddenly I want to start brainstorming this year's display. Or even finish editing 2011's video. I don't know if this means that we will do anything on the scale on the last few years or if it's just a fleeting moment of nostalgia. But I do know this... 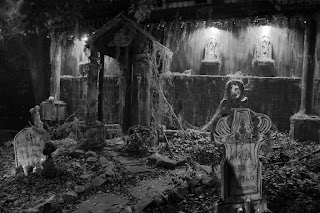